Libya: It’s Better They Go Across Than Stay Here 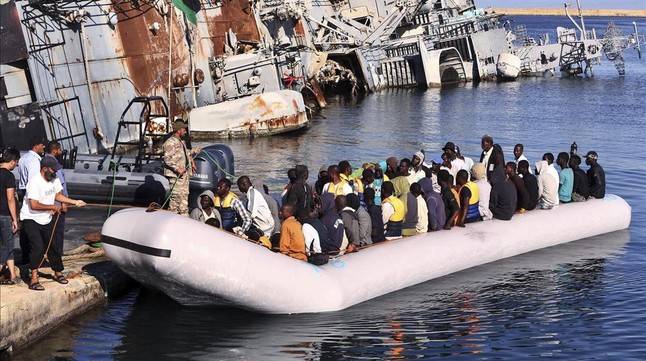 “Look, I don’t like it, but it’s better if they go across than stay here- with all of their diseases and drugs.” says a local Sabratha university doctor , “but that is what all of us think. The problem with fighting against human smuggling to Europe is that we will end up being swamped with people from Somalia, Niger, Ethiopia, Nigeria and now Syria. Libya can’t cope with all of these people.”

Since the revolution against Libyan dictator Muammur Al-Gaddafi 2011, and the dismantling of security agencies across Libya. This has had a direct impact on the smuggling trade, some areas, more than others. The human smuggling through Libya to Europe by sea flourished in many traditional fishing towns struggling with unemployment. Due to their desperate need to secure an income, many young men took to the trade
instantly and willingly.

Some with prior knowledge of the process from the late 90’s and early 00’s during the former dictators regime. This allowed the continuation of smuggling people to proceed with ease. A few smugglers remained involved, even after the International Conference that took place on November 2006 in Tripoli regarding illegal immigration and human trafficking. Extensive measures were taken to try and stop the trade. Hundreds of smugglers and their associates were arrested. Unfortunately, the business was not completely eradicated.

Fast forward to current conditions in Libya with no statehood and having to deal with different militias responsible for security and implementing some kind of law and order but a new breed of smugglers has risen. The young and fearless generation has enough firearms and weapons in their possession to start a whole new war. Motivated by the possibility of fast, easy cash. They smartly utilise social media to take the trade to the next level by connecting with other traffickers all over Africa and the Middle East. The young untouchables are spreading the word that Libya coastal towns are open for business. 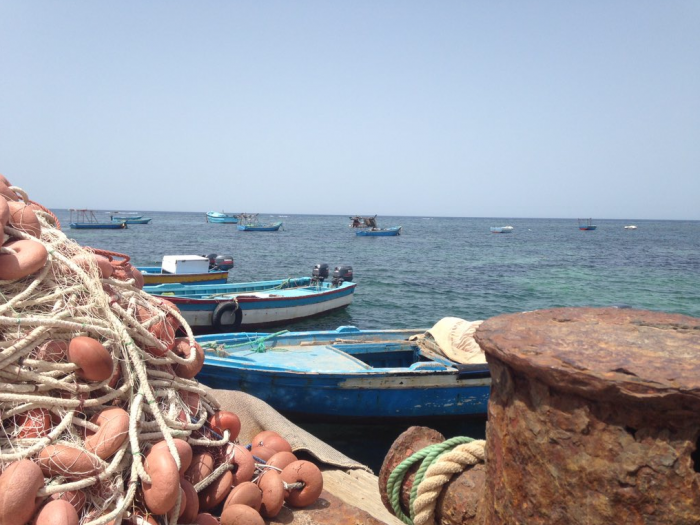 Two cities in Libya have excelled in the trade- Zwara and Sabratha. Both in west Libya and neighbouring to each other. Zwara, being known for, and having a history of smuggling due to its closeness to the Tunisian border.

Sabratha, on the other hand was a historic fishing town famed for its beautiful beaches and excellently preserved Roman runes. There is irony in the fact that the same port that the Romans used to disembark is one of the most popular locations where the illegal migrants depart to begin their journey to Europe; under the watchful eye of The Uncle, the new CEO of all the trafficking operations in Sabratha. He is a young “revolutionary” who
commands his own militia.

Recently recognised as a brigade under tripoli controlled army as a reword for his participation in the uprise against ISIS in Sabratha. This supposed participation is questioned and comes with suspicions as leading members of the local ISIS extremists are direct family members of The Uncle. And although he is most certainly responsible for a
major portion of the human trafficking operations occurring in Sabratha, he is not the most notable smuggler. That accolade falls upon a much older local known as The Doctor. It’s safe to say that The Uncle is an apprentice of The Doctor, considering he started his career in the trade working under him for a short time years before venturing out on his own. The Doctor is a well spoken, friendly and incredibly charming family man who only deals with providing a way for people to get to “the promise land”. He is known to be extremely adamant that his business strictly focuses on doing only that.

But his “old school” vision and understanding of what is ethically acceptable in the business of trafficking is not how the new, young generation sees it. For the right price, anything can be smuggled in or out. Guns, drugs, government subsidies, diesel and whatever else comes to mind. With this business ideology, they have accumulated a large sum of cash, power and influence. So much so that The Uncle is now the sole player on he scene forcing The Doctor to do business elsewhere.

The Uncle’s new found status is strengthened by family connections as his clan is one of the most well known and influential in Sabratha. The Libyan envoy for the UN, (I.A-D), is a relative on the other hand one of the leading local ISIS commanders. (A.A-D) also known as (A.H), is a relative. This mix of money guns and clan power is more associated with Mexican drug cartels than an Arab spring revolutionaries.

Surprisingly, the first step for crossing to Europe happens on Facebook, as the smugglers have exploited the popularity of social media to increase their reach and clientele base. Numerous pages advertising services and prices for a boat ride to the “promise land” with phone numbers of middle men who act like travel agents. You can call, book, pay and off you go.

Depending on where you are traveling from, you are provided with a route into Libya. For example, a Syrian refugees traveling to Europe would travel to Turkey then into Tripoli, Libya by plane and then transferred to Sabratha.

Awaiting transport by boat across the waters. As for African travellers, they are not so lucky. After a dangerous trek through The Great Sahara into southern Libya. Most commonly, Sabha as a first safe stop. Depending on the connections of the middle man there, their stay in Sabha could vary from days to weeks. On many occasions, the middle man takes the opportunity to run off with the money and the travellers would be stuck in
Sabah till they can afford to pay another local middle man to continue the trip or somehow manage to travel north to work and raise funds in or around the intended departure city.

After accumulating the necessary funds for the crossing, anything from $1500 – $2000 per person depending on the middle man and the mean of transport. For example, the cheaper, more risky option would be the “fluoka”: a single engine, small fishing boat that could fit 30 persons stacked very tightly together with a high chance of the boat capsizing. Most are willing to take the chance of the boat being picked up my Italian coast guards around 30km into the sea. For this boat the traffickers normally train one of the people crossing to use the engine. They would provide a GPS and a set course. Some food and water are provided.

In some cases, life jackets, if they are lucky. The more expansive option will be the “jarafa”- a medium to large fishing vessel that could fit 200 – 300 people comfortably. It’s a safer option, but for the smugger this is also more expensive than a small boat. Normally, the top man would be personally over seeing the operation, as there is more chance of things going wrong with this large number of people and money. Also, the logistics of moving
and dealing with a huge number of people is a challenge and solving this problem is what put The Uncle on the map as he established his head quarters in an abandoned tuna processing plant on the beach.

The warehouse can shelter hundreds of people with ease. The condition of this old building, is not fit for human adults let alone children and pregnant women. It is in these types of compounds that the most disturbing abuse occurs. Anything from humiliation, to physical and sexual abuse. After a few days of being in a cattle like environment, they will be herded into their mean of transport and will set off to the “promise land” with dreams of a better life on the other side. Sadly, for some, the Libyan beach will be the last land they will see. Hundreds will be washed back to land as decomposed bodies.
On that rare occasion, the police unit for combating illegal immigration is permitted to make a so called bust. The poor souls will be transferred to detention camps to be processed, awaiting deportation. In conditions not that better from where they were found. With financial difficulties and limited resources the principality struggles to cope with the problem leading many locals to continue to voice the opinion that “its better they go across than stay here”.